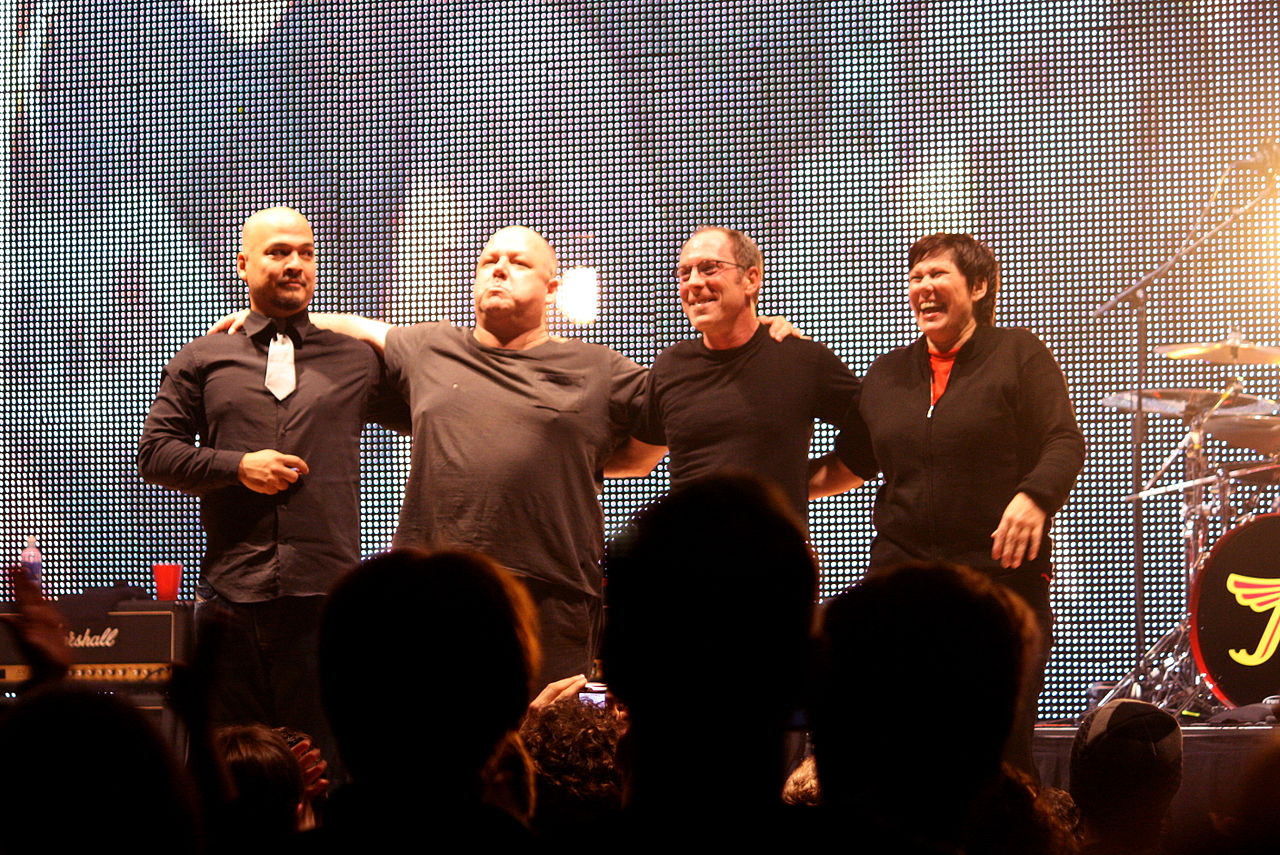 The Pixies are an American alternative rock band formed in 1986 in Boston, Massachusetts. The original lineup comprised Black Francis (vocals, rhythm guitar), Joey Santiago (lead guitar), Kim Deal (bass, backing vocals) and David Lovering (drums). The band disbanded acrimoniously in 1993, but reunited in 2004. After Deal left in 2013, the Pixies hired Kim Shattuck as a touring bassist; she was replaced the same year by Paz Lenchantin, who became a permanent member in 2016.
Zdroj a více informací: https://en.wikipedia.org/wiki/Pixies_(band))
Vložil: Frozty

Where Is My Mind (Pixies)

All I Think About Now

In the Arms of Mrs. Mark of Cain

This Is My Fate

Where Is My Mind